You know how every profession invites it’s own set of awkward conversations when the professional is out socially?

Cops are expected to get every friend and family member out of traffic tickets.

And actuaries have to explain what it means to be an actuary.

Well, we personal trainers have a few standard conversations we find ourselves pulled into regularly as well.

The first is the confessional. Someone’s self-inflicted guilt overwhelms them while in our presence and they just start confessing how they should exercise more and finish by absolving themselves.

“Forgive me, Trainer. It’s been 1,786 days since my last bout of physical exertion. I eat a bag of chips every night while watching Netflix for 3 hours. I would totally go to your gym but my knees hurt too much from the 50 lbs. I put on and my back feels terrible from sitting on the couch so much. But I use 3 lb. weights at home for my arm exercises and I walk to my car daily. So I actually think I’m on the right track and would like to stop speaking now.”

I try changing the topic the instant they stop to breathe.

The other awkward conversation I’ll find myself in, is with the misinformed fitness enthusiast.

They’re really pumped about something they do in their routine, tell me about it, but I completely disagree. I learned enough from Dale Carnegie’s “How To Win Friends & Influence People” that it’s usually not the time and place to tell them how wrong they are.

For example, I’ll meet someone who works with another trainer or takes a bootcamp, and they’ll tell me about how they love it because they never get the same workout twice. Things are always different and that’s great!

I just smile, nod and say “Fantastic, it’s important to enjoy what you’re doing!” Which I believe is true. If they’re happy and not asking my opinion, then I keep it to myself. It’s not my place to step on their trainer’s toes.

But seeing as you guys are on my list for the purpose of getting my opinion, I’ll give it to you today.

First, I’ll share my thoughts about constantly changing your program and then I’ll tell you exactly what I do for myself and all my members and why.

You may have read about how I differentiate working out vs. training in my old blogpost or The Overhaul Protocol Handbook, but I’ll give you a quick recap.

A workout is a stand alone exercise session. You burn calories, raise your heart rate, get sweaty and have some fun. It can be made up on the spot, taken from a friend or a magazine.  Maybe, you’ll jump into a class. Your goals tend to be vague and the path is loosely guided.

But when you train, things become much more intentional. The exercise selection in a training program is carefully chosen so that from day to day, week to week and month to month, you are training to improve in very specific ways.

So if you enjoy doing random workouts, that’s fine. As long as:

But understand that this option isn’t the best if you want to get stronger, faster and more agile while reducing your  risk of injury .

This is why we always do month long training programs at my gym, Further Fitness.

You know by now that I look at all human movement as being rooted in 7 fundamental patterns, and if you suck at one of those patterns you’ll end up compensating for it somehow to get through life. This is how injuries begin.

Let’s say I give you a version of a lunge exercise one week.  Your first set looks pretty shaky because you haven’t done it before but by the time you do your third set, you’re 80% better. I now have you do the same exercises each week for a month; practice, practice, practice.

After 4 weeks you’ll have made great improvements in range of motion, motor control and strength. Nice work!!

But if I kept changing the exercises just as you started figuring them out, you’d never have a chance to get significantly good at them. You may even start to believe you lack the ability to see great results. But what you really lack is the right training program and coaching.

Let’s hit this one head on, shall we?

I’ve had trainers tell me they have to constantly change the workouts because their people get bored. There’s two sides to this I’ll address.

First off, I think it’s actually the trainer who gets bored. For example, during the first week of the current program our members are doing at Further Fitness, I was very engaged as the coach. There were several new exercises and stretches people were doing for the first time, so they had plenty of questions about how to do things properly. By week two, things were looking better but people still needed some reminders of what to do.

But as I’m publishing this blog post, my members are in the fourth week of their June program, and they’re looking pretty damn good. They confidently set up their stations, load the correct weight and moved beautifully.

I mostly just stood there today and watched them do their thing. They barely needed me. But that’s the goal, right? If I coach my members well enough, they learn and I become irrelevant. Success!

I’ve never had a member tell me they get bored by this. On the contrary, this is when things get exciting! They’re just getting the groove of it. Things are clicking, their body knows what to do and all of a sudden they can do more, better and with heavier weights! That’s what they come for in the first place!

These great results boil down to neurology and learning new motor patterns. Motor patterns are the operating systems of your body. If you want it to be able to perform some cool, new task, your nervous system needs to learn how to orchestrate the symphony of signals to control hundreds of muscles and bones.

Each time you play out the movement, you clean out a few more bugs from the software and things get better and better. A good coach patiently zeros in on the subtle improvements you need and helps you make them.

As for the trainer who’s constantly making shit up on the fly, life can be exciting…but it’s not how members get the best results.

On the other hand, sometimes the workout is boring. But I believe that’s because you’ve gone too far to the other end of the spectrum and don’t change the program enough. Once you hit the 6th week progress starts to plateau dramatically. You’re no longer challenged the same way physically or mentally.

The changes in your program from month to month don’t have to be huge either. They could be as simple as changing forward lunge to a walking lunge.

Or a traditional deadlift to a trap bar deadlift.

Changing to a slightly different version of an exercise every 4-6 weeks helps in two main ways.

First, you get to build off the success of the previous month by being similar but you expand on the variety of movements you do well by being different. That’s real life, right? Always throwing something new at you.

The second reason why you want to vary movements after a month is repetitive strain injuries. Repeating the same exact movement over and over again wears down the same section of cartilage in joints. If you don’t vary how you do your pattern the articulating surfaces of joints don’t get a chance to recover and rebuild. IF YOU”RE A RUNNER OR CYCLIST, REREAD THIS PARAGRAPH.

Now that I’ve convinced you that a monthly training program is superior for both results and injury prevention, to one that is ever changing, what are you supposed to do with that information?

That’s actually a question I’ve been thinking about a lot lately and I have an answer. In the next month or so I’ll be taking the exact programs we do here at Further Fitness, and I’ll be putting them online for all of you at Overhaul Training.

I’m in the process of filming a ton of coaching videos and setting up the membership site. I plan on having a sweet deal for everyone who tries it out in the first month, so if you want to be notified when that happens, you can get on the list here. 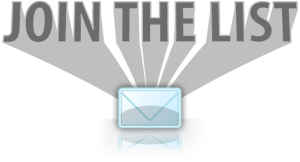